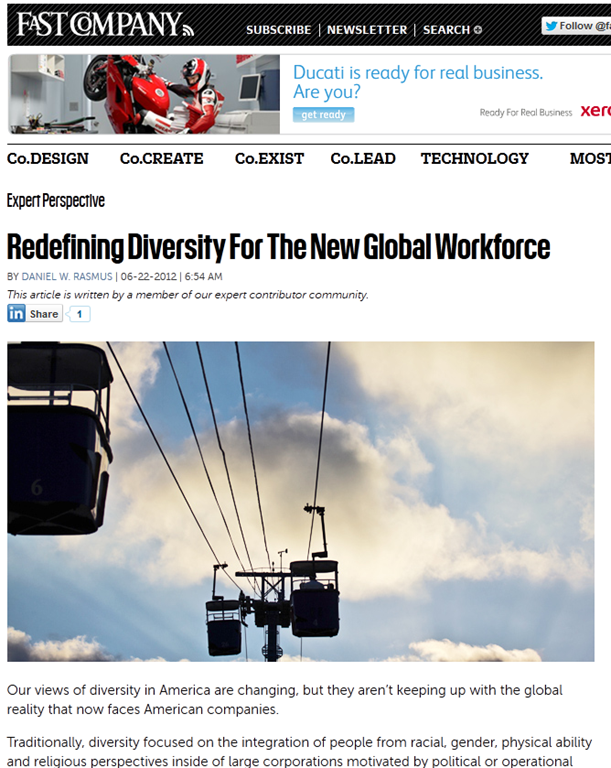 Our views of diversity in America are changing, but they aren’t keeping up with the global reality that now faces American companies.

Traditionally, diversity-focused on the integration of people from racial, gender, physical ability, and religious perspectives inside of large corporations motivated by political or operational imperative, or social good. The idea was to create a diverse workforce that reflected the composition of the American population in a way that could be seen, one that reflected the diversity of their customers.

Diversity, as suggested by the Gardenswarz & Rowe four-layer model of diversity (“Emotional Intelligence and Diversity,” Journal of Psychological Issues in Organizational Culture), as well as in my book, Management by Design, is evolving beyond the rather derogatory idea of “color counting” to include many other aspects of what make individuals, well, individuals.

Some of these new diversity attributes include: